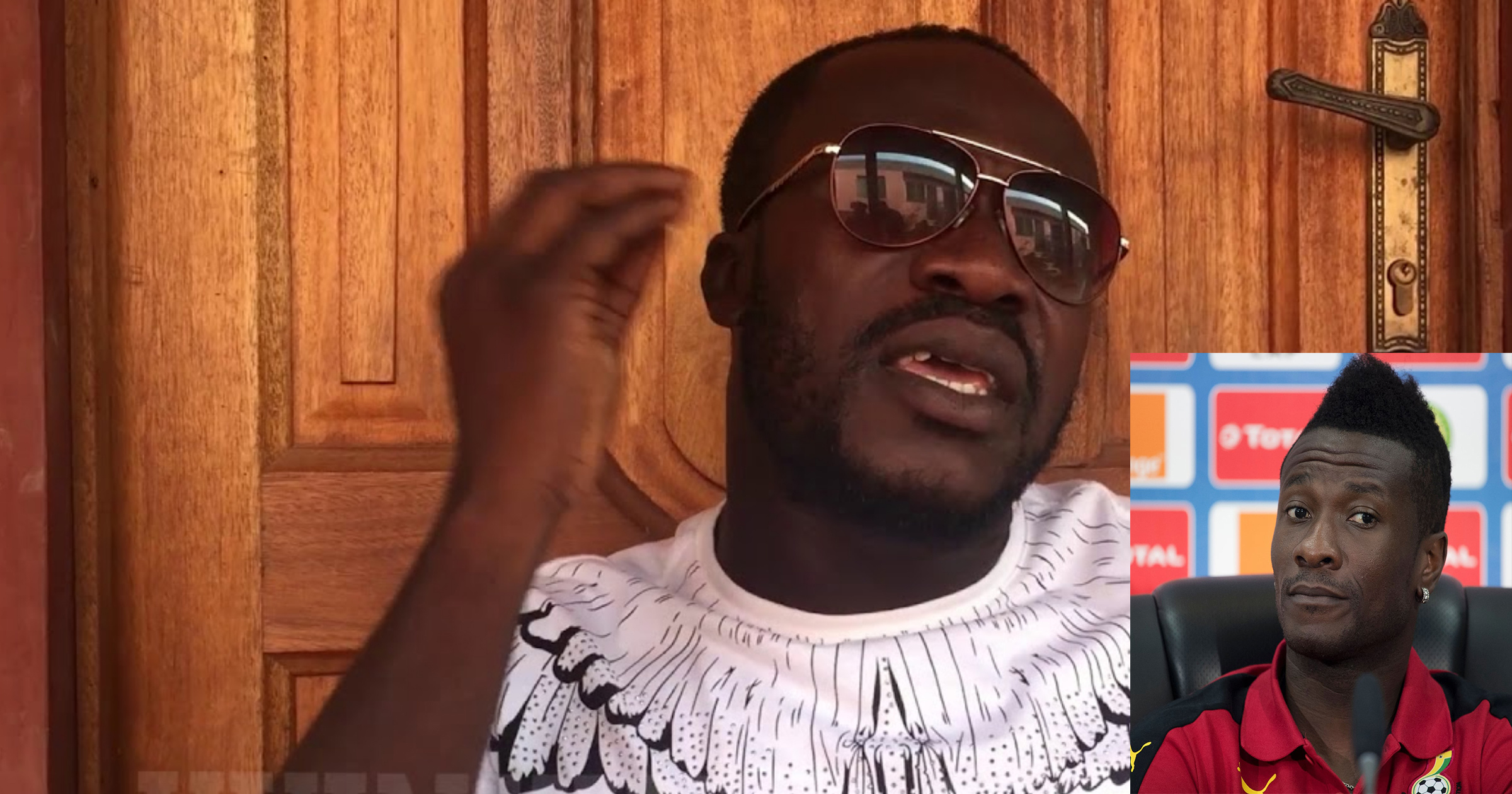 Ghanaian actor Ras Nene, has explained why he identifies himself on social media where he does all his womanizing, with the name ‘Asamoah Gyan’.

This question was thrown to him during an interview on Y 102.5 FM’s Ryse N Shyne by host, NYDJ to which the actor jokingly replied that he took up the name because although he is not a footballer, he was once a ‘player’ or in other words a womanizer.

Ras Nene added that Ghanaians need to learn to patronize and support each other, therefore, using the name Asamoah Gyan for his agendas is also his tactic to promote the local player.

The actor gave another reason being that he met with Asamoah Gyan at Golden Tulip Hotel once and was impressed by the level of love and respect that the footballer showed him, as well as how open he was to have drinks and chat with him, hence his decision to promote the name ‘Asamoah Gyan’ with his own works.