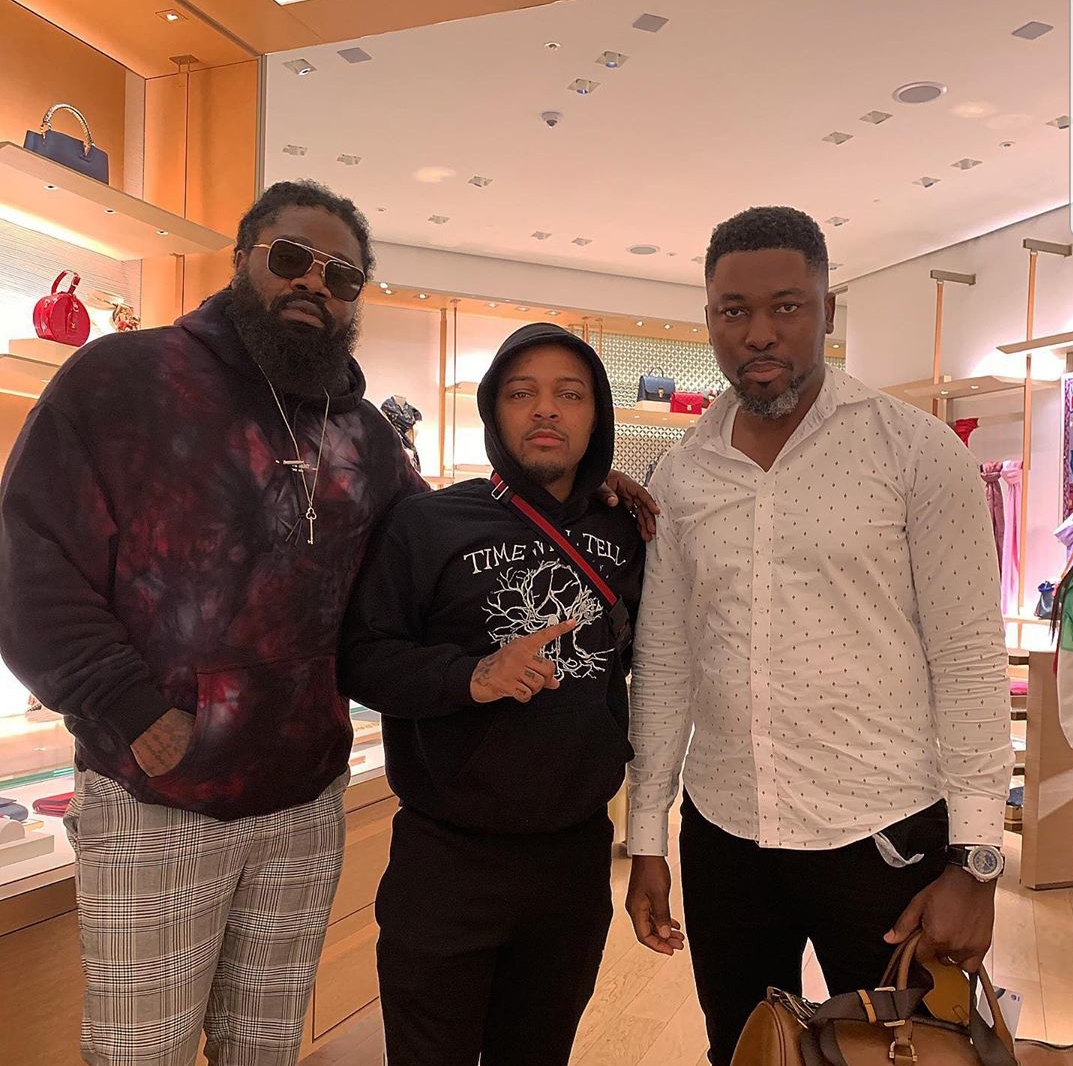 In one of the photos is politician Kwame A Plus.

Planet revealed in his caption that A Plus promised to pay for the collaboration between him and the American icon.

A Plus in the comment session once again assured Captain Planet that he shouldn’t worry because there’s money in the bag to pay for the cost.

“The money dey inside the bag. No long thing”, he commented.