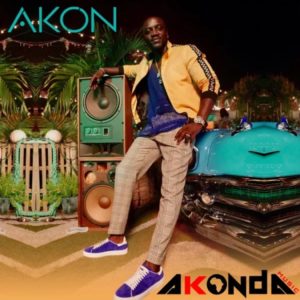 Akon has dropped his much anticipated ‘Akonda’ album.

Akonda is a 10 track album that features 4 different artists. Three of the four artists are Nigerians.

He featured Olamide on Scammers, Skales on Control and now Kizz Daniel on Take Your Place.

Condemn X King Destiny – Yeeko Kumerica (Prod By Fairy Terry). Kumasi based acts Condemn and King Destiny teams up to jump on the Buzzing Kumerican wave with a brand new tune dubbed “Yeeko Kumerica” which translates to we are going to Kumerica.

Production of the song was handled by versatile producer Fairy Terry. Take a listen below and update your Playlist. Condemn X King Destiny – Yeeko Kumerica (Prod By Fairy Terry).

After revealing the cover photo of the song over a week ago, Eno has finally released the hiplife song for the pleasure of his fans.

The Kumasi based rapper and Sister Deborah threw some subliminal shots at Medikal on this 3 minutes rap song.

Watch the official music video below;

Posti Me which happens to be Akwaboah’s 5th single of the year comes after he was featured on Patapaa’s new song a few days ago.

This highlife tune from the former Sarkcess Music signee was produced by KC Beatz.

No Ghanaian Donated To Me When I Was Sick – Actor Waakye

I cannot live a day without taking marijuana – Ras Kuuku