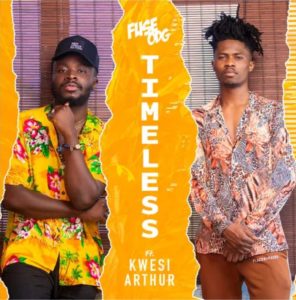 The album contains 6 songs and Timeless is the first song on it.

Rashid Mugeez, simply known in the showbiz as Mugeez is out with this new afrobeat jam he titled Six In Da Morning.

Six In Da Morning is his second song of the year and it comes after he dropped Chihuahua 2 months ago.

Six In Da Morning by Mugeez on SoundCloud.

The Blue EP which happens to be the second music project of KiDi’s career features only one artiste – Adina Thembi.

His first and debut album “Sugar” which was released a year ago had a lot of hit songs including Adiepena, Thunder, Say You Love Me, Mr. Bad Man and more.

His new project which boasts of five (5) songs was produced by 5 different sound engineers. The producers are Kayso, Richie Mensah, DatBeatGod, MOG and Nova.

See the tracklist below;

Stream the much anticipated EP on apple music below;

Stream The Blue EP by KiDi on spotify below;

You can also stream the Blue EP on YouTube below;

Joey B (Da GOAT) links up with Stonebwoy once again for this Afrobeat song that comes off his Lava Feels album titled Affection.

The last time Joey B and Stonebwoy were on a song together was in 2017 when Stonebwoy featured the rapper on “Tia Tia” which appeared on his Epistles Of Mama album.

The known friends who has a few other collaborations adds this afrobeat track to the collection.

The two super talented musicians preaches about love affection on this 3 and a half minute song. Affection is the 6th track on Joey B’s new project.

Update your playlist with the track below;

New Empressleak Website Back Online After The Arrest of Its Owner