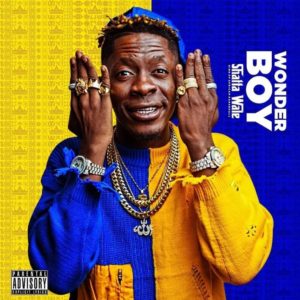 Get a copy below

Stream on Apple Music below;

Joey B ft BOJ – No Waste Time (Prod by Nova)

Gold Up Music recruits Shatta Wale and his militant, Captan for this dancehall masterpiece titled Kimberly.

Despite Captan being on Shatta Wale’s label for a couple of years, this is the track that features only the two artistes.

Kimberly is the second track of this year which features Shatta Wale and Captan’s vocals, it comes after they appeared on “Chacha” a few months ago.

Jahmiel Foster is out again with this new dancehall jam titled Lights Off. Produced by Patriotz Musik and Quantanium Records.

Lights Off is Jahmiel’s 17th single of the year. Listen and download below;

Addi Self – How Many Times (Prod by Ronny Turn Me On)

Addi Self – How Many Times

Shatta Movement artiste and Self Nation boss, Addi Self follows up his “My Daughter” freestyle with this dancehall song dubbed How Many Times

The song which serves us his 3rd single of the year was produced by Ronny Turn Me On.

Stream How Many Times by Addi Self on YouTube below;