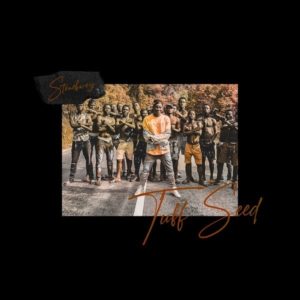 The reggae-dancehall song was produced by StreetBeatz.

It was released along with it’s super nice official music video.

After releasing the song a few weeks ago, the fast rising Agona Swedru star has shared the official video on his YouTube channel.

The video depicts the struggle men go through everyday just to make money. It goes in line perfectly with what the song preaches about.

It was directed by Qwophi Celebrity himself. Watch it below;

Livingstone Etse Satekla known in the showbiz as Stonebwoy has dropped the official music video for his “Nominate” song featuring Keri Hilson.

The video directed by Denzel Williams was shot in Atlanta, USA in 2019 after the song was recorded in the same city.

This video comes 20 hours after he dropped the Anloga Junction album.

The song which features award winning American singer, Keri Hilson is the 8th track on the 15-track Anloga Junction album.

Watch the music video below;

Ghana’s afro-pop royal, King Promise has dropped the music video for “Commando” of his album “As Promised”.

King Promise dropped his much anticipated “As Promised” album some few days ago.

Commando was the 4th track on the 15 track afro-pop album.

Watch the official music video for Commando below;

Listen to the As Promised album on spotify below;

No Ghanaian Donated To Me When I Was Sick – Actor Waakye

I cannot live a day without taking marijuana – Ras Kuuku