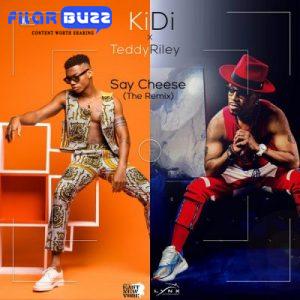 KiDi joins forces with the legendary Teddy Riley to add his New Jack Swing flavour to this head bumping remix.

The remix was released along with a music video directed by Rex. It comes after the release of KiDi’s ‘Blue EP‘.

The remix for Say Cheese was produced by Kayso, Teddy Riley & Richie Mensah.