Home » Meet the physically challenged minister to serve under Akufo-Addo 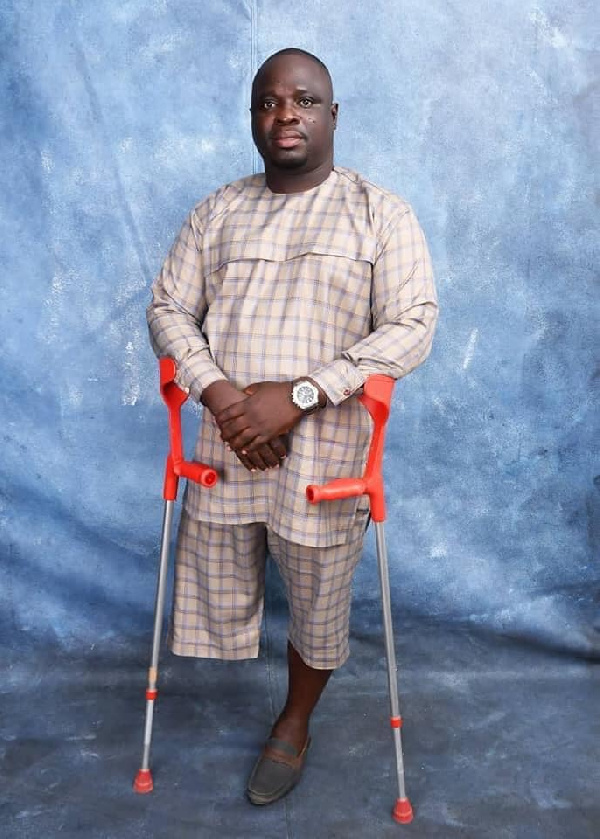 President Nana Addo Dankwa Akufo-Addo has earned praise for acknowledging persons living with disabilities with the inclusion of one Mr Joshua Makuba in his list of nominees for ministerial appointments.

President Akufo-Addo on Thursday, January 21, 2021, sent to parliament a total of 46 nominees for consideration to be appointed as sector ministers and regional ministers.

Included in the list for the position of Oti Regional Minister was Mr Makuba, a physically challenged person.

Mr Makuba, who has his right leg amputated, if passed by Parliament’s Appointment Committee, will serve as Oti Regional Minister in the second term of President Akufo-Addo.

The nominee, despite his disability, has distinguished himself as an industrious individual who has over the years worked for the New Patriotic Party in the Oti Region.

The nominee is the current Regional Secretary of the party having won the position during a regional delegates conference in 2018.

Mr Makuba, who is from the Nkwanta South Constituency, won the position by gaining 98 votes out of the 150 total votes cast by the delegates.

He has been a strong advocate for persons living with disabilities and on several occasions called for their inclusion in governance.

Makubu Joshua in academia holds an HND in Statistics, BSc in Actuarial Science, MPhil in Finance and a PhD Finance.

His nomination has been met with positive reactions by advocates and other PWDs who have taken to social media to congratulate him.