Fixthecountry Conveynor, Oliver Barker-Vormawor, has commented that, his group will go to the supreme court to challenge the E- Levy. His comments follows the passing of E-Levy by the Majority group in Parliament on 29th March 2022. 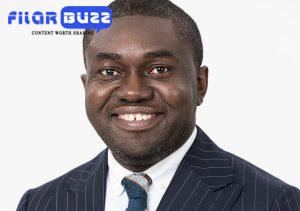 “FixTheCountry will still go to the Supreme Court to Challenge the E-Levy when it becomes law. Because we won’t ever walk away from a fight. 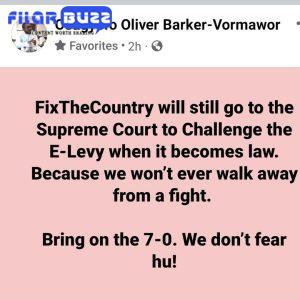 In related post shared today, he also quizzed why the NDC parliamentarians from the minority group decided to walk out during the voting of the E- Levy.

“So the NDC says, this was a strategy to defeat the E-Lévy. They say that this strategy will involve going to the Supreme Court they don’t trust to work.