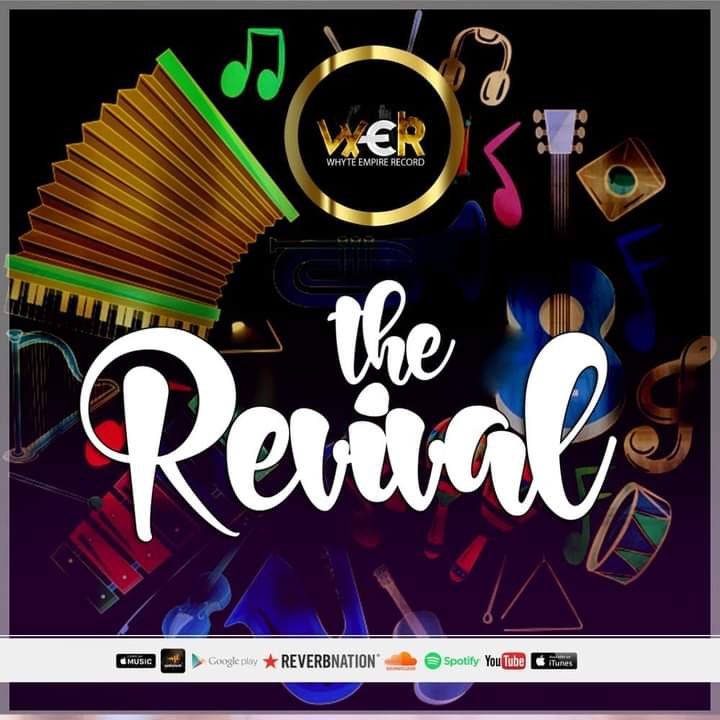 Often times, music in Kumasi has been seen as being on the decline. Many upcoming artists are on record of ranting the lack of support for musicians in the region.

It is on this note that Whyte Empire Records(a Kumasi based record label) decided to change the narration. The record label in collaboration with many known faces in the Ashanti region musical scene have come together to birth an album titled :THE REVIVAL

As the name states, the album seeks to cause a turn around for music lovers in the region and Ghana at large.
According to the CEO of Whyte Records Label, what necessitated the production of this piece was to build a world where unsigned artists are unified, supported with available logistics and enabled to create amazing music as well as to find connections with their audience organically.

The much anticipated album will be launch soon. Whyte Empire cannot wait to share this magic with all music lovers.