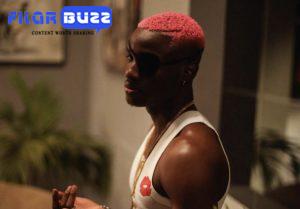 Promising talent, Ruger was sexually assaulted by a female fan while performing live on stage over the weekend.

A fan who was in the crowd where the Dior crooner was performing,

harassed the singer during his performance by laying hands on his manhood while he was singing.

As seen in a viral video, the suspected drunk female aggressively grabbed Ruger forcing him to walk off the stage angrily.

WATCH THE VIDEO BELOW: