Ruth Ama Gyan-Darkwa BecomesThe Youngest Person Ever To Graduate From KNUST. Ruth Ama Gyan-Darkwa beat her older sister, Grace, to the age record when she got admitted into the Kwame Nkrumah University of Science and Technology (KNUST) at the age of 13 in 2017. Today, she has just graduated after completing her studies in Mathematics.

The former student of the St. Louis Senior High School first came to the spotlight when she became the youngest ever student to be admitted at the KNUST and now, she is the youngest graduate from any university in Ghana to have completed school at 17. 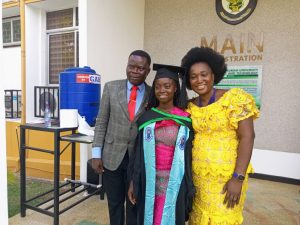 Before SHS, she schooled at the Christ Our Hope International School and the Abraham Lincoln Junior High School in Kumasi. In 2017, she appeared on The Lounge, hosted by Kwaku Sakyi-Addo, along with her sister and their father, Kwadwo Gyan-Darkwa, a Mathematics and Physics tutor at the Prempeh College. 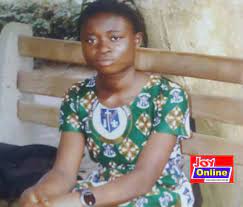 “According to her, she passed her Basic Education Certificate Examination (BECE) at age 9, while in her first year at Justice International School in Kumasi. As a result, at the age of 10, she was accepted into St. Louis Senior High School to study General Science and successfully graduated in 2017,” a report by knust.edu.gh said.

Speaking with the portal, she also confessed to how not so rosy her journey has been, adding that although she had a very brilliant academic history, she experienced some uncertainties with her tertiary education, feeling quite nervous at times.

“I was able to overcome the many challenges because God saw me through, and I looked to him at all times. Also, I had my eyes focused on the end goal. Some of my coursemates felt intimidated because they thought I was too brilliant. Others wondered if I was cut for the journey. All these brought me to the point of questioning my potential but found solace in how far I have come, the support I received and the future that awaits me,” she said.

Meet The Youngest Graduating Student From KNUST.
KNUST at its 55th Congregation Ceremony has graduated the youngest student who was admitted into the University in 2017, Miss. Ruth Ama Gyan-Darkwa.
Read more at: https://t.co/2UqmHaCshW pic.twitter.com/0sjKoeD6Iv