Sarkodie returns with No Fugazy. 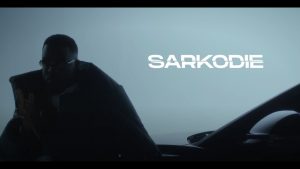 Sarkcess Music CEO, Sarkodie blesses his fans and music lovers with this brand new rap song he calls No Fugazy.

This comes after the rapper announced the release of his new album in June. No Fugazy will appear on the “Pressure” album.

No Fugazy comes with it’s video which was directed by Capone and produced by Chris Phouphou.