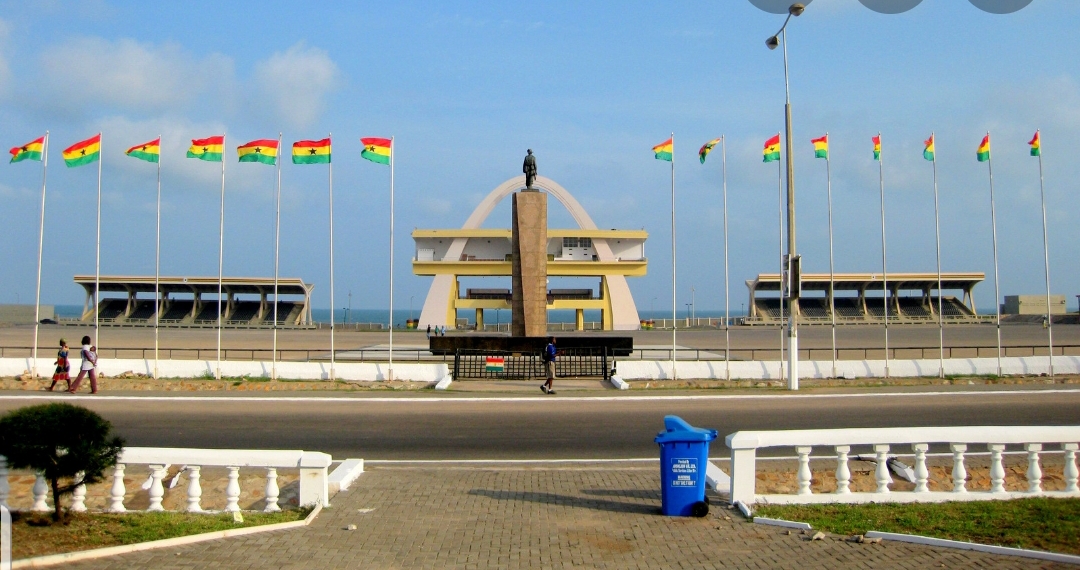 In 1874 after the British has successfully merged the independent states of Ghana into one territory, they proclaimed it as a Crown Colony and named it the Gold Coast.

87 years later, Gold Coast was changed to Ghana on attainment of Independence, following a research conducted into the origin of Akans among the inhabitants of the country. The research revealed that the Akan tribe which contribute more than half of the country’s population migrated from the south-eastern Mauritania and part of Mali known as the Ancient Ghana. So they came to conclusion that as their mind is made up about changing the name giving to them by a foreigner (Gold Coast), why not replace it the name of the place that most of the country’s population originally originated from – which is the Ancient Ghana.

Below is a brief history of the ancient Ghana and what inspired the Asantes to move to current Ghana.

The ancient Ghana Empire existed between 750 and 1036 and derived her power and wealth from the trans-saharan trade in gold and salt. Much of what is written about the empire come from Arab historians and researchers, such as Al-Hamdani who described Ghana as having the richest gold mines on earth, mostly situated at Bambuk on the Upper Senegal River.

The citizens were well known for their trade in slaves and copper in exchange for textiles, beads, and other finished goods. The capital city of the ancient Ghana known as Kumbi Saleh was built on the edge of the Sahara and it rapidly became the most dynamic and important southern terminals of the Saharan trade routes. Ancient Ghana became one of the major trading centres with it’s route taken by traders of the Maghreb to Ghana, starting inNorth Africa in Tahent coming down through Sjilmasa in Southern Morocco. From there the trail went south and inland, running parallel with the coast, then South- eastwards through Audaghust and finally ended in Kumbi Saleh.

Eventually, Islam was introduced into the country by traders who were mostly members of the Islamic religion. Islamic worshippers developed their own community at a distance away from the king’s palace. They had their own mosques and schools while the King retained his traditional beliefs. The two religious beliefs were bound toresult in a conflict between the adherents and the traditionalists. The King by tradition and customary practice had to exercise some sort of control over the entire country which included the state of Takrur which had adopted Islam as it’s official religion. Nonetheless, the King drew on the book-keeping and literary skills of Muslim scholars to help run the administration of the empire.

Evidence produced by archaeologists confirms the vibrancy and prosperity of the ancient Ghana abound in sheep, cows and even goats. But by the end of the 12 century, the country was faced with a disaster. Draught! Had begun with a long-term effect on the land and its ability to sustain cattle and cultivation. In addition to the woeful effect of the draught which resulted in famine and it’s untold hardships, the King also had lost his monopoly of the trade which was the mainstay of the economy of the country ancient Ghana. In the 11th and 12th centuries, new gold fields had been discovered at Bure in modern Guinea with new trade routes opening up further east. Ghana from that time became the target of attack by the Sosso ruler, Sumanguru. It was generally believed that the attacks on Ghana were spearheaded by the Almoravid muslims who came from North Africa to invade the country.

The muslims whose population had gradually grown over the years began to force the indigenes of the ancient Ghana to accept Islam as a national religion. The traditionalists initially put up resistance which resulted in civil strife, as more and more muslim reinforcement came from North Africa to support the Muslim community to overcome the indigenous resistant forces.

From this conflict emerged the Malinke people under a new dynamic ruler Sundiaka Keita. With the advent of the Malinke dwellers, a new Empire surfaced which eclipsed the ancient Ghana. This new empire was later discovered to be the Mali Empire. As the Muslims intensified their attacks on the indigenes, they decided to migrate southwards, Groups of families traveled several months through the desert until they crossed the White and Black Volta Rivers and settled at Takyiman in the savanna forests of Bono.
After a while, some of the families decided to continue the journey down the south with individual families settling in the forest areas whilstvothers moved further down and settled on the coastal lands.