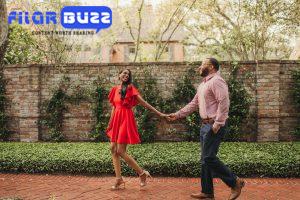 It’s exactly 2:21 a.m. on a lovely Wednesday, and I can’t seem to find the desire to sleep as I sit on my bed with my laptop on my lap and my headphones attached, listening to Pure Akan’s Nyame Mma album on repeat. When I’m in a bad mood, it appears to be the one thing that provides me with some calm. Valentine’s Day was just two days ago, and I’m still reeling from the insane sights I witnessed.

Love is a unique experience. I won’t scream about how I haven’t received any love since the love I’ve always had from family and friends is priceless, but on this day known as Valentine’s Day, I felt I was missing out on something truly special. It was great to be able to see everyone from a decent vantage point within KNUST’s Queen Elizabeth II hall. Students did not disappoint with their displays of love and devotion towards their spouses over the month of love and on Valentine’s special day of love.

Valentine’s Day, also known as St. Valentine’s Day, is a February 14 celebration in which couples celebrate their love with messages and presents. Given their similarities, it has been speculated that the event derives from the Roman festival of Lupercalia, which is held in mid-February, but that isn’t what I’m here to discuss. I’d want to tell you about what happened on Monday, February 14, 2022.

Romantic connections add flavour to life because they make us feel alive in a way that nothing else can. A genuine romance develops when two individuals demonstrate their love and devotion for one another via tiny actions of love and affection. When we know that our significant other is thinking about how to offer us maximum pleasure, we feel cherished and cared for. The key to keeping the embers burning is romance. Without it, every relationship would quickly lose its lustre.

As a proud loner, I took it upon myself, along with other students who had mostly lost their partners due to breakups and other circumstances, to sit under the very tent that every student must pass through to get to their various rooms, just to get a clear view of all the visitors storming in and storming out. We appeared to disagree on practically everything about the day, yet we also seemed to agree on how romantic relationships among students seem like vanity when examined closely. Most of us couldn’t see why the whole thing should be taken seriously since it’s clear that half of these relationships won’t last.

Following our lengthy discussion, the floor was offered for everyone to share their heartbreak stories, and it all seemed plausible as to why the majority of us aren’t motivated to crave all of these romantic relationships. Almost everyone had an interesting tale to tell and that’s one thing that made the conversation lively. To be honest we didn’t even know each other but the unity that existed amongst us was amazing. A common feature shared by only men I guess.

The significance of teddy bears was emphasized, and we had a terrific time destroying what the majority of people thought was romantic. Perhaps we found it repulsive simply because we are perpetually single. To me, it’s a wonderful gesture, and I believe your sweetheart will think of you every time his or her eyes is drawn to the teddy bear. We shifted the conversation from one topic to another as we praised and teased bypasses. Not exactly pleasant, but I suppose that’s how college should be. I was delighted by the bashful expressions folks gave us whenever we greeted or teased them. Most of them wished they had never walked through there, but they had little choice because we actually chose the most precise location.

Time flew quickly, and most of us had to get up and either get something to eat or do something else because the sun was almost down. We had a good time together, and it’s amazing how guys can sit together for extended periods of time despite being complete strangers and have an open conversation about almost anything. When night fell, I had to go inside and get something to eat.

There was a terrific vibe inside the hall, with music playing in every corner to liven up the festivities. Something I’ll always be grateful to the hall executives for. They also thought it was a good idea to bring Levon 2 corporate leaders to provide some interesting knowledge on sex and relationships because the day was primed for such discussions.

Students were encouraged to express questions anonymously or publicly so that professionals may respond to their satisfaction. I couldn’t leave despite the fact that I was meant to be indoors since the entire presentation was spiced up with some small games and dancing challenges, as well as singing and other things they found exciting. It was a magnificent sight, and despite the many reasons to be unhappy, I was able to smile.

Scott, a new discovered buddy who happened to be part of the conversation during the day, approached me and suggested we have some hot chicken wings to cap the day. Because it was too late to place an order, we decided to go to the establishment on our own. I finally had an excuse to go inside and clean up as he did the same. After a few minutes, we met up and left.

What happened out there is another story for another day. We arrived late and all we wanted was a solid night’s sleep before calling it a day. It wasn’t the Valentine’s Day I had hoped for, but it was a memorable one for me. If I survive another Valentine’s Day, I’ll be here to share it with you. Thank you for reading, and please remember to follow us on all social media platforms. @filarbuzz is the handle.