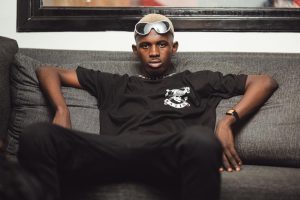 The rapper, who turned 20 a few weeks ago, was a student at the University of Professional Studies in Accra when he released the ‘Sermon’ tracks that catapulted him to fame. Interacting with his fans on Snapchat, the ‘Second Sermon’ rapper, real name Mohammed Ismail Sherif, was asked what program he was studying at UPSA, to which he replied “I can’t with that school, bro. I’ve moved on from ei “as well as a crying emoji

Explaining why he left UPSA after a fan inquired, “Why have you left UPSA?” According to the rapper, “To be honest, I felt behind and wished I could start over. Do you get it?”

He has stated that if he is unable to cope at Legon, he will resign. “If I don’t fit, I’ll go home. Nobody sent me anything, na “He stated. See the screenshots of his interactions below, where he also discussed his favorite musicians and other topics.