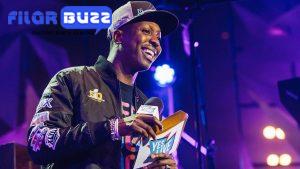 Late Jamal Edwards Described As A Huge Role Model For Everyone. Jamal Edwards, the 31-year-old founder of SBTV, died unexpectedly, sending shockwaves through the music business and beyond. The stars whose careers he launched, as well as the numerous young people he inspired as a role model for cultural transformation, are devastated by his death.

Jamal once said on Twitter: “We are all going to die. The idea is to create something that will last forever, not to live forever.”

Ameir Brown, a 27-year-old scriptwriter, believes Jamal did exactly that.

“I’m not someone who thinks about money in that sense; I think about the impact you can have on individuals and our communities,” Ameir tells Newsbeat.

“Jamal did that in his own villages without a doubt.” 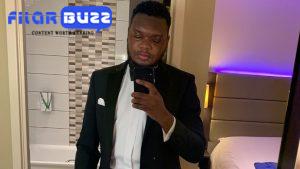 Jamal was 15 when he got a camcorder for Christmas and started filming his friends rapping on the council estate he grew up on in Acton, west London. In 2006, he set up SBTV which stands for his own rap name SmokeyBarz. He uploaded videos of breakthrough talent to YouTube at a time when YouTube was brand new, and rap and grime was unheard of in the charts.

Jamal created a platform where underground music, talent and culture could thrive when it had no mainstream stage or spotlight. Artists like including Dave, Ed Sheeran and Jessie J gave some of their earliest performances on SBTV. Ameir distinctly remembers watching a Google Chrome advert featuring Jamal’s journey, and how he built up such a huge music platform.

“It was just a massive inspiration boost for me. It made me realise that it takes a lot of self belief and grinding to get to do what you want to do.”

Now, Ameir has a career as a screenwriter, and he says having Jamal as a role model helped that.

“I wanted to be a writer and not knowing anyone in the industry, coming from a working class background, seeing that he got a camcorder for his birthday or Christmas and turned it into SBTV; it’s that self-made thing that really drove me on.”

By the age of 23, Jamal was a multimillionaire and channelled his success into helping others.

He told the BBC in 2013: “I come from a humble background, I’m from a council estate. It is nice to be comfortable, and be able to buy things for friends and family, but I’m not motivated by the money.”

He became an ambassador for the Prince’s Trust, a charity headed by the Prince of Wales, and in 2014 he was awarded an MBE for his services to music.

Jamal was also an entrepreneur in residence at Sussex University, telling students “no question is off limits” and offering to share contacts, opportunities and advice.

Ameir says: “That kind of thing is what I kind of strive to do in my career.

“Bring people in, give people a voice – that’s what I want to do with my writing. 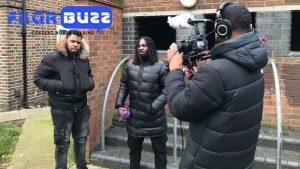 Reece got a camera after watching SBTV online, and that’s where his “directing career started”

As a teenager, he was studying photography, but after religiously watching SBTV freestyles, cyphers and music videos, he felt motivated to try filming.

“I experimented with shooting my friend’s music video, and I liked it,” Reece tells Newsbeat.

“He’s only four or five years older than me, so just seeing a young guy direct videos online and having such success, It really made me feel like I could do it as well.”

‘Every guy wanted to do what he was doing’

Reece now works as a filmmaker, screenwriter and music video director. He recently read Jamal’s book, Self Belief – The Vision: How to Be a Success on Your Own Terms.

Reece remembers the Google Chrome advert too, which was often played between primetime ITV programmes. It currently has more than six million views on YouTube.

“I know for a lot of young people that advert really inspired us to just to get out there and start shooting.

“Every young guy wanted to do what he was doing.

“There was like a spike in music video directors around that era, I think was like 2010 or 2011. He’s definitely an icon.”

‘I don’t need very much to have impact’

Arlène Dihoulou is a 26-year-old social producer, and, like Reece and Ameir, says she owes a lot of her motivation to Jamal and SBTV.

“He definitely played a part in my desire to become a producer”, she tells Newsbeat.

“At the time, I didn’t know what a producer was. I just knew that Jamal made films. These young black British people were creating a space that was by them, for them for us.” 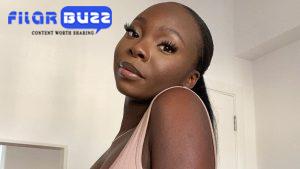 Seeing the content made by Jamal kick-started her in to picking up a camera herself, and posting on YouTube. Years down the line, Arlène says it opened many doors for her.

“Just getting started is everyone’s biggest hurdle. And I think he inspired me to just do it – just get started.

“Sometimes your dream is bigger than you. Did he pick up his camera all those years ago, start filming, knowing he was going to have this impact and like change lives? And flip the industry on its head and create a safe space for black British music? No, he didn’t.

“His story, his journey, his career made me realise I don’t need very much to have impact, and to do something meaningful.”

She said her son was an inspiration to so many whose legacy lives on.

Last week, Jamal tweeted a link to what would be one of his final interviews.

He talked about his Delve project and how he wanted to give young people the space to explore who they were. He told Dummy magazine: “I just feel like I have to give back”.

His tweet said the quote “Be the change you want to see in the world” was something he was trying to live by.

By all accounts he succeeded.