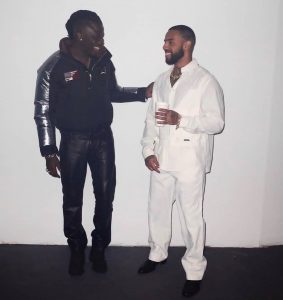 After releasing his first single “1 Gad” in February, the dancehall artist is finally set to bless his fans with another banger and this time it features an international rapper.

Through his social media pages, Stonebwoy posted a snippet of the song and announced that the big international collaboration titled “Blessings” is set to drop on Friday April 16th, 2021.

Blessings which will serve as his second single of the year is also his 4th official single since he released the most successful Anloga Junction album a year ago (April 14th 2020).

Watch the snippet below; 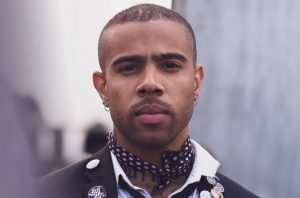 Victor Kwesi Mensah simply known as Vic Mensa was born on June 6th, 1996 in Asokore, Koforidua in the Eastern Region Of Ghana. He was born to a Ghanaian father (Edward Mensah) and a white American mother (Betsy Mcgurk Mensah).

Victor began his music career when he formed a band of young rapper called “Kids These Days”. The band went on to release an EP in 2011 titled Hard Times and in 2012 they released Traphouse Rock (which became their last project as a band).

In May 2013, the band got disbanded and Vic released his first solo single dubbed ‘Down On My Luck”. Down on my luck was the beginning of his success as he went on to drop numerous hit songs and gained numerous award nominations including a Grammy nomination in 2016.

On April 20, 2015, Vic Mensa released the biggest song of his career. The song titled “U Mad” featured Kanye West and peaked at number on the Billboard Hip-Hop Singles chart.

On April 22nd, 2 days after the official release of “U Mad”, Jay Z’s Rock Nation announced that the Ghanaian born American rapper has been signed to international record label.