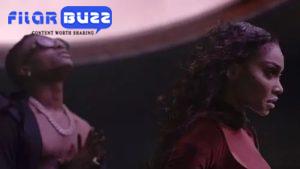 Off the Made In Lagos album, Wizkid dishes out a new video for his favourite track titled, True Love. The P2J produced track features Tay Iwar and Projexx.

In an exclusive interview with Complex Tv, Wizkid talked about how much the 2020 album means to him. According to him, the album is special to him and every song on it was written with love. But Wizkid shook fans after he revealed the Grammy nominated hit track, Essence wasn’t his favorite track off the album. According to Big Wiz, his favorites were Blessed and True Love.

Made in Lagos album dispels those doubts over 14 tracks. MIL is narrow in its sonic approach, but for good reason. Where previous projects were outsized cocktails of club bangers and experimental pursuits, WizKid’s measured take on his fourth album betrays refined maturity. For a project dedicated to the Nigerian city and its country, the core of Made in Lagos highlights the cultural exchange between Africa and the Caribbean.

Winnie Harlow. She is known to the masses as a fashion model and also as one of many who has Vitiligo. Vitiligo is a condition in which skin loses its pigmentation in areas of the body. Through our conditioning we have given a label to this skin condition. A label which has made many who have the condition feel ‘different’ causing an effect emotionally and psychologically.

The Jamaican-Canadian made guest appearance on Wizkid’s R’n’B, Afrobeat and Caribbean love track video and the Nigerian Starboy confesses his TRUE LOVE to her.