50 Cent and Kanye West have crossed paths as fixtures of Hip Hop for about two decades. As a veteran in the rap game, 50 was asked about Ye’s recent antics and anti-Semitic remarks during an appearance on Hot 97 earlier this week.

50 said he “forgives” Kanye for his attacks on “the Jewish media,” but warned him he’s playing a “dangerous” game by making such controversial statements.

“I think he’s in a dangerous area,” 50 said around the 36-minute mark. “I forgive him for the things that he said, because I’ve already identified when something’s going on that I don’t understand.

“Even the White Lives Matter thing, there’s nothing for me to say about it. I watch it and say, ‘Okay, that’s him doing what he does, what Kanye would do.’ Even the Trump support was a little out there for me. One week it’s ‘I don’t want my kids raised by a white woman,’ and the next week it’s ‘I wanna go home.’”

50 Cent went on to say that he doesn’t buy the idea that Kanye West is “crazy” and believes the Yeezy mogul is fully aware of the things coming out of his mouth.

“He’s offering a description of crazy, but when you get in certain areas, they’re not gonna actually be compassionate for what’s going on with him,” he continued. “He’s not crazy where he doesn’t know what he’s saying. He knows exactly what he’s saying.”

50 Cent and Kanye West famously battled it out for the top spot on the Billboard 200 back in September 2007 when his Curtis album faced off against Ye’s Graduation. The latter comfortably won the contest by a margin of 266,000 sales, shifting the trajectory of Hip Hop in the process. 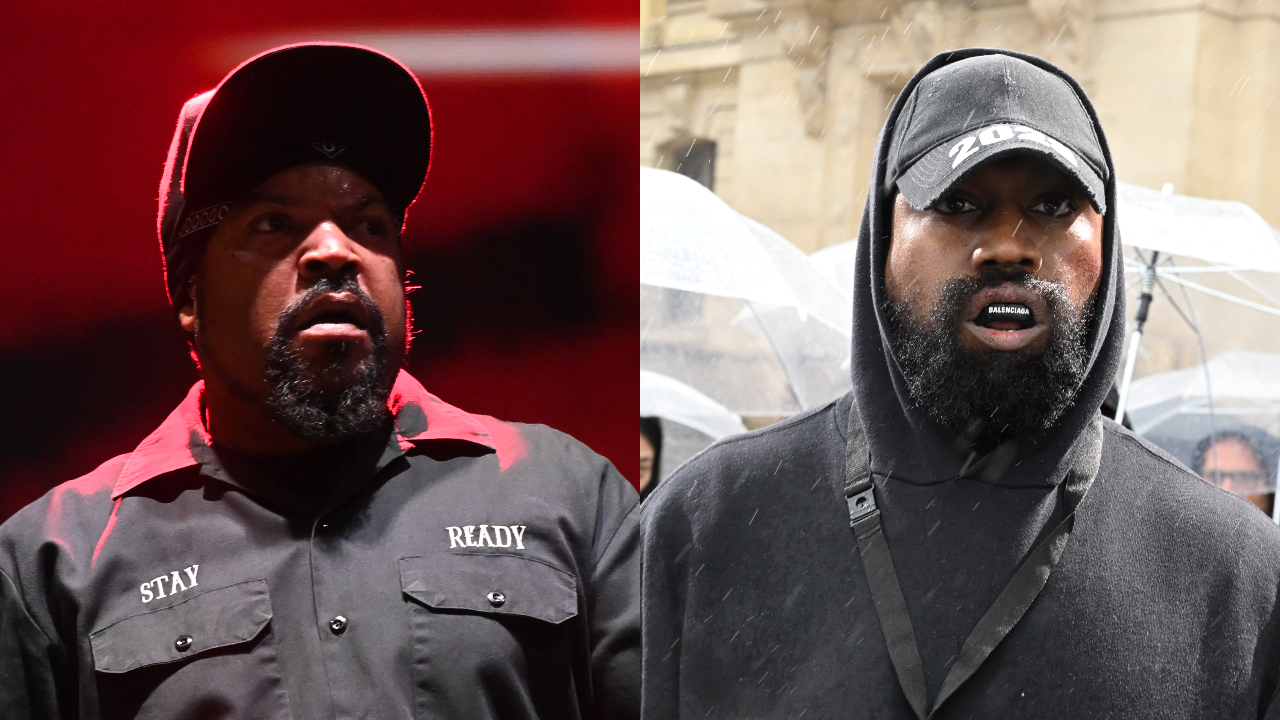 ICE CUBE BLASTS KANYE WEST: ‘PLEASE LEAVE MY NAME OUT OF ALL THE ANTISEMITIC TALK’

Meanwhile, Dame Dash, who played an integral role in signing Kanye to Roc-A-Fella in 2002, has admitted he’s “worried” about Ye’s wellbeing and believes the Donda rapper deserves “compassion” during what appears to be a mental health episode.

“He’s my brother,” he said during an appearance on Kick Game‘s sneaker shopping series this week. “I’m worried about him. N-gga, can I ask you a question? Is he bipolar or not, did he tell you that? So if you checked off the boxes of bipolar, is he acting that? So then leave it at that.”

“If you know a man has a problem and you know he might be checking the boxes off for the symptoms of that problem, why do you judge him as if he doesn’t have a problem? It’s not logical.”