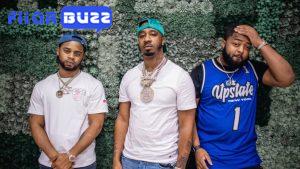 In September, the Buffalo, New York collective released its fifth project, Long Live DJ Shay, which was dedicated to the local Hip Hop pioneer who played a pivotal role in molding the group and sadly passed away in August 2020.

For Benny, the album was business as usual, with the only difference being he’s now at the head of the table. For the rest of the group, it was time for them to show out.

The 14-track effort found several members of the Black Soprano Family tearing up the microphone over the slick yet gritty production DJ Shay helped create. Cuts like “297 Parkside,” “Shay Face” and “Brody” are examples of the B$F rappers proving their worth and showing they’re going for everything set out for them.

The nine-deep crew has been together for over 10 years, some of them even longer. That time spent together has bred strong chemistry among the group, which they exude on Long Live DJ Shay. As Rick Hyde and Heem explain, there’s nothing that can derail this collective.

“The number one mission for the album was to basically separate ourselves from the pack,” Hyde tells HipHopDX. “We’re Black Soprano Family. We stand on different values. Authenticity is our thing, and we just wanted to bring that to the forefront. We felt like we proved a lot. There’s still more to prove, but we proved enough in the music industry, and the path that we’re taking to now is time to separate ourselves.”

Heem adds: “We were going for growth and showing a new level. We’re showing improvement on penmanship, production, quality…we found the sound. You know what I mean? I think Shay would appreciate this right here. Shay would love this. We still got Shay on there, too. His production is on there. His voice, his spirit, everything.”

With a group that spits out ironclad bars like B$F, there’s a high level of competition that exists between its members. As Hyde explains, it’s a “steel sharpens steel” scenario. There’s no animosity between them as they all push each other with a keen competitive spirit in an effort to stamp themselves as one of the strongest groups in the game.

“Our selling point is our cohesiveness,” Hyde explains. “A lot of groups ain’t tight-knit like how we is. A lot of people stray off, whatever, whatever. But nah man, we all been together like a band of brothers.”

El Camino adds: “I feel like there’s competition here, but we more so looking to help improve each other because that’s what’s going to push us all further in the long run. But at the same time, you know it’s always going to be like shit, ‘I know my shit crazy’ and you want to shine. We know each other capabilities, so we already know what time it be. I like hearing them come in saying, ‘I’m bout to kill this shit’ because now I’m gonna do the same.”

When it comes to being a part of the Black Soprano Family, an artist can’t come in with any weak material. As the group explains, a rapper can’t be B$F if their rap skills aren’t at a high level. Everyone in the crew has something to prove, especially when the group leader has carved out a path to success.

“You got to be nice,” Heem says. “So the competition is going to be natural, and it’s like I got to keep up with bro ’cause I know bro about to dunk it. I see Camino bopping a certain way, I know he talking. Butch in the corner ain’t saying nothing to nobody, I know he cooking something up. Rick Hyde, when he keep on moving his hands, he’s gonna go off. There’s expectations here, and if you’re not tapped in, you’ll get lost.”

Benny The Butcher ensures his team always strives to deliver their best work, as he was in their position not too long ago. Under the Griselda Records imprint, Benny studied his older relatives Conway The Machine and Westside Gunn and set out to establish himself as a star.

The same thing is happening with the Black Soprano Family. Benny is giving his crew all the tools and resources they need to advance their careers — as long as they take the baton and run with it. In the same way Benny had to go out and get his with Griselda, the same goes for the members of B$F.

“The thing about me, I do this,” Benny says. “I be in rooms, and I’m on songs with n-ggas, and I got an extensive rapping career. You know who got the game ball, and that’s dope, but you also want n-ggas to get the game ball. I want these n-ggas to get game balls. I got a trophy full of them and that’s what it’s about.”

Heem adds: “Bro making us really rap. If you look at Butch trophy case, you see your shit, you get on the court with him, and he’s like, ‘All right, we about hoop, bruh. I got to drop 30 tonight. Even if I miss, I got to try.’”

Even the people behind the scenes are just a part of B$F as the rappers themselves. Jake Amankwaah (president), Tony Deniro (general manager) and Howard “Harlem” Fickling (A&R) all pride themselves on seeing this family grow and there’s nothing that’ll stop them from achieving that goal. 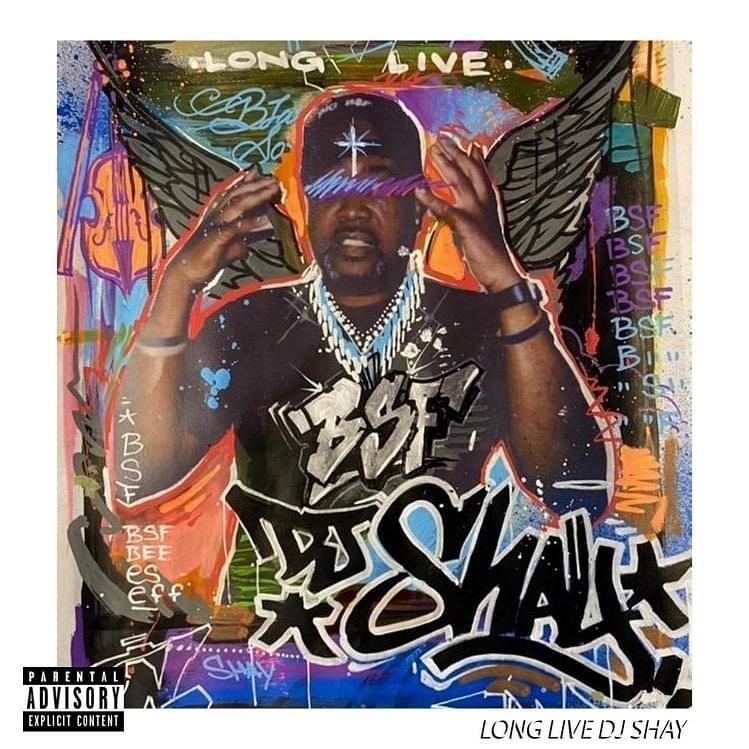 “This group is great, and it just inspires us to work hard too, and whatever it is, we all try to help level each other up. We want to be different than the other groups out there,” Deniro says, while Fickling adds: “I’ve seen a lot of collectives come along, and I think we’re about to be one of the best ones ever to do it.”

Amankwaah chimes in: “The F stands for family, and we encompass that in everything we do. That energy and that aura transcribe through our music, merchandise and the business that we do.”

Long Live DJ Shay is only the beginning for the Black Soprano Family. Each member has a solo album on the way, and according to Benny The Butcher, their music is some of the hardest material Hip Hop purists will hear and enjoy.

“These n-ggas albums, how they sound is cinematic,” Benny proclaims. “And I can’t wait till the world here what they got. I’m just now getting in this shit and a lot of people are like, ‘Damn, what are you doing putting other n-ggas on?’ I don’t give a fuck, I put in my work and these n-ggas is dope, and these my n-ggas and y’all can’t fuck with these n-ggas. They’re here now.”

Stay tuned for more of HipHopDX’s conversation with the Black Soprano Family. In the meantime, stream Long Live DJ Shay below.